Adding Windows In Your Home To Get More Sunlight

Many people prefer a well-lit home and make use of blinds for those occasions when they want to block out some of the sunlight coming into the home. If you also like a well-lit home and yours has areas that are darker than you would like, then you should think about having more windows installed. In this writing, you will learn more about some of the most common areas people add additional windows to and you will also learn more information and tips on having windows installed in your home.

The living room is often darker than some like

The living room is generally the part of the home people tend to spend the majority of their day in. However, some living rooms tend to be a bit darker than the family would like. Having one or more windows installed will let in more of the sunlight. However, if you want more sun in your living room and you don't have a wall available to install more, then you have some options.

You can have windows that are already there replaced with much larger ones. You can also have smaller horizontal windows installed on top of the windows already there if there is enough room. You may be able to fit thin vertical windows alongside the existing ones as well.

The kitchen should be bright

Most people would agree that one of the rooms in a house that should have the most lighting is the kitchen. One reason is that people like to welcome the morning with some sunlight and a cup of tea or coffee. When the kitchen is dark and drab, it can have a negative effect on their moods. A reason why many kitchens are dark is that the cupboards take up a lot of the wall space, leaving very little for more windows.

If you don't have any spare walls to have full windows put in, then you might want to consider having some of the cupboards removed and replaced with an island that has storage or a pantry that you have installed next to the kitchen. Also, depending on the layout of your home, you may be able to have a sliding glass door installed in the dining room or other room that's right next to the kitchen that will let in a lot of light to the whole area, including the kitchen.

The bathroom should have plenty of light

Another room that tends to be darker than most would like is the bathroom. Like the kitchen, this can be due to too many things taking up wall space, like the mirror above the sink, the shower walls, etc. If you want more light in your bathroom and there just isn't enough wall space, then you can have skylights installed so more sunlight will come through a window that's installed in the roof.

Reach out to a window contractor for more ideas. 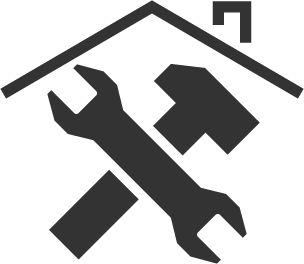 The strong roof is one that has been carefully selected for your home, according to the local climate and your home's structure. The strong roof is one that you've taken the time to maintain, season after season. It's a roof that is protected by good insulation and a good warranty. Do you have a strong roof? As you check out the articles on this website, you'll come to a better understanding of what it means to have a strong roof and what you can do to keep your roof strong. We hope you enjoy reading these articles we've collected for readers like you.

Things To Inspect On Your Commercial Building's Roof
22 November 2021